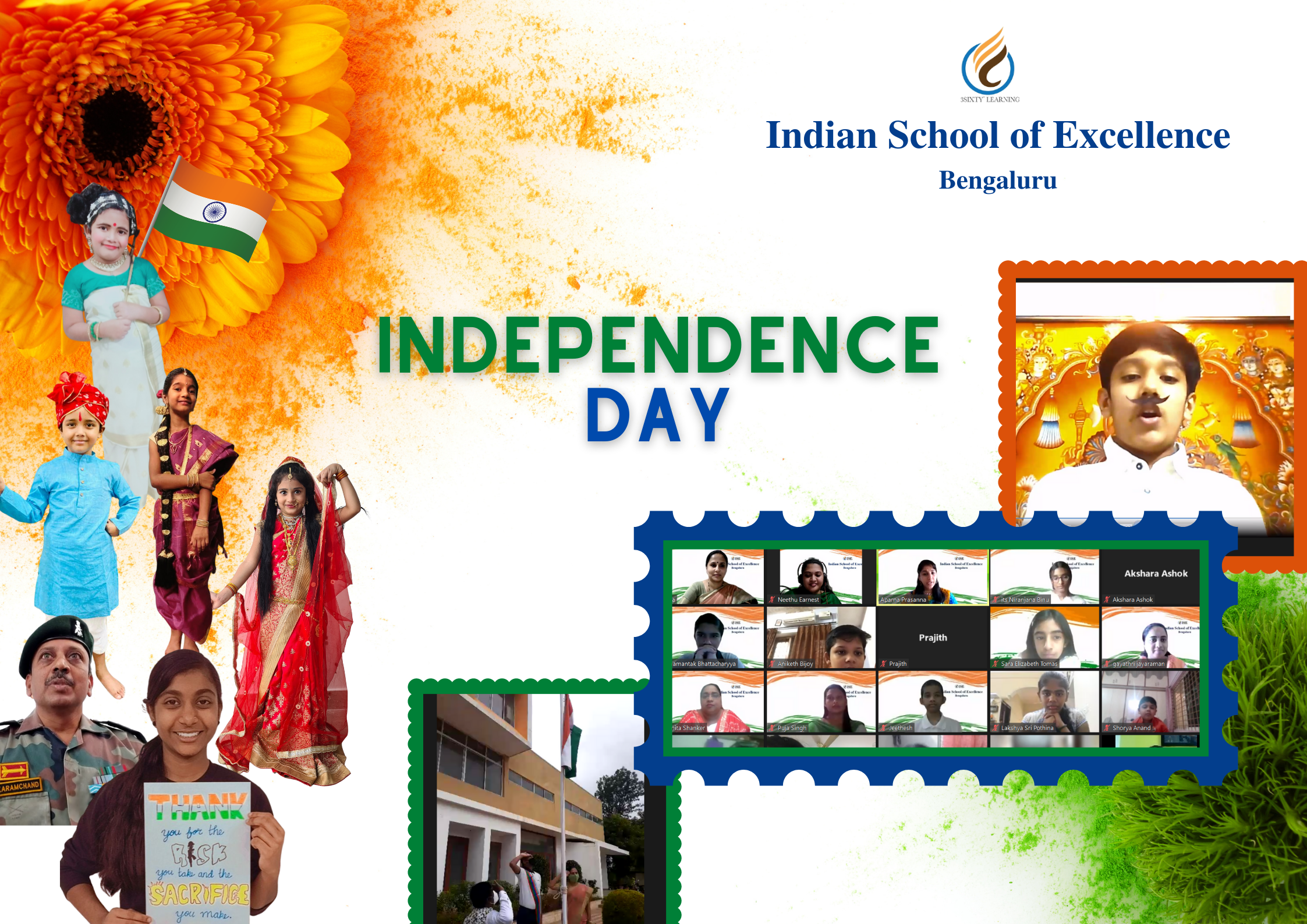 “Freedom is the open window through which pours the sunlight of the human spirit and human dignity.”

It was a red-letter day in the History of India when the country achieved freedom on the 15th August, 1947 breaking the shackles of slavery. Since then, the day is celebrated with great pride and honour all over the country.

Rejoicing the legacy of the day ISE celebrated Independence Day with great pomp and show virtually and spread the essence of patriotism amidst the pandemic. The programme commenced with the unfurling of the National Flag, followed by some mind-boggling cultural programmes where the students created an atmosphere of nationalism in such a way that it left the audience mesmerized. The classical singing and the role play where the students enacted the various freedom fighters brought goose bumps due to its brilliant execution.

Colonel D Karamchand was the chief guest of the day, who encouraged the children with his motivational words. The most stimulating part of the program was the Independence Day quiz which was extremely informative and beneficial as well. The exhilarating live art session grabbed everyone’s attention and the chat box was filled up with plethora of comments. Overall, the program was a great success with smooth functioning of the various events. The enthusiastic participation of the students marked the accomplishment of the program.

Indian School of Excellence,
Affiliated to CBSE,
Affiliation No : 830988.